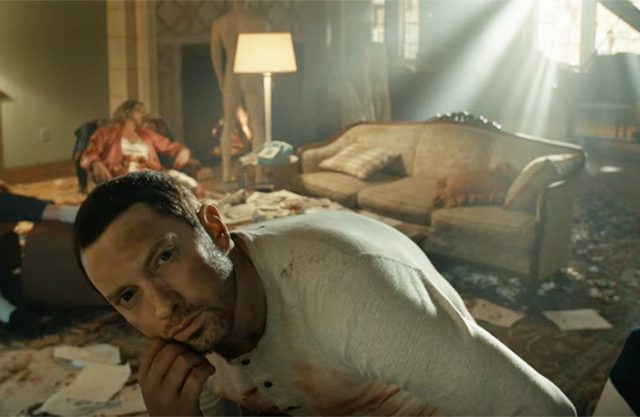 Shady’s back. Eminem’s alter-ego returns in the horror-filled video for “Framed,” the latest single off last year’s Revival.

Slim Shady escapes from an asylum and goes on a serial killing spree in the video. Morbid imagery, blood smears, ghostly apparitions, and shaky camerawork are used to showcase his tormented thoughts. Viewer discretion is definitely advised.

“I ain’t murdered nobody,” Em raps on the Fredwreck-produced track. “I know these words are so nutty / But I’m just here to entertain…I’m almost certain I was framed.”

“Framed” appears on Eminem’s latest album, Revival, which topped the Billboard 200 in December. He previously released videos for “Walk on Water” with Beyoncé and “River” with Ed Sheeran.

Up next, Em is set to headline a series of festivals, including Coachella, Governors Ball, and Bonnaroo.