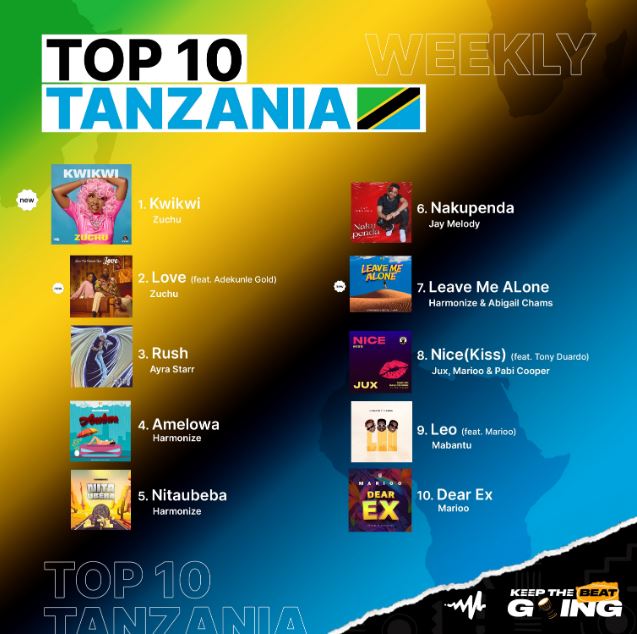 Top 10 Songs this week in Tanzania

Audiomack is an on-demand music streaming and audio discovery platform that allows artists and creators to upload limitless music and podcasts for listeners through its mobile apps and website. In February 2021, Billboard announced Audiomack streaming data would begin informing some of its flagship charts, including the Hot 100, the Billboard 200, and the Global 200. In March 2021, Fast Company magazine named Audiomack one of the 10 most innovative companies in music.

Top 10 Songs this week in Tanzania -The music of Tanzania is sometimes referred to by its nickname, “Bongo Flava.” The musical subgenre known as “Bongo Flava” emerged in the 1990s, primarily as an offshoot of American hip hop and traditional Tanzanian styles such as taarab and dansi. Additionally, the genre was influenced by reggae, R&B, and afrobeat, resulting in a hybrid musical style that is distinct from any other.

When we bring up Bongo Flava, it’s highly possible that well-known artists like Diamond Platnumz, Zuchu, and Alikiba, along with a great number of others, would come to mind for you.

This week in Tanzania, we’ve compiled a list of the top ten most popular songs, and you can check it out below!