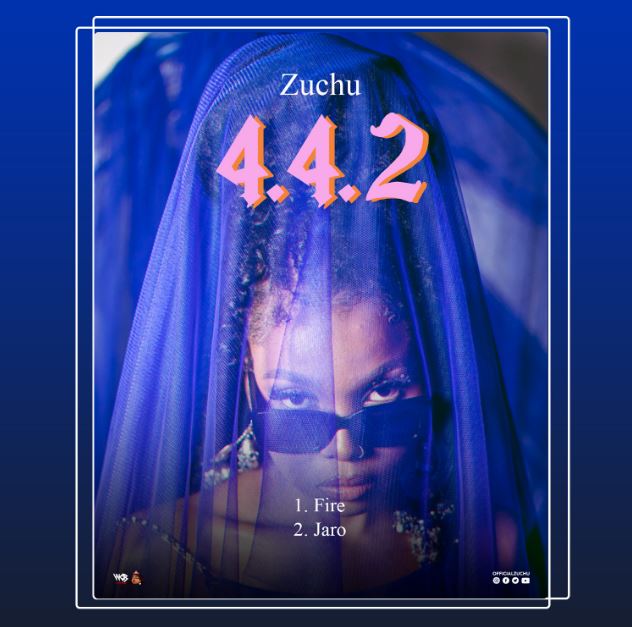 It has been couple of drought Musical season since we lastly consumed ZUCHU’S music. This time around The East diva  has served the season with plenty of Water and fire mixed rain, we mean 4.4.2

Zuchu has  officially released her long and most anticipated project 4. 4. 2  , a two combined solo hitsongs “jaro  & fire” . The two songs are consecutively produced by laizer classic and trone from Tanzania.

Road to her debut Album, zuchu has successfully fulfilled her promise of dropping a double release before the album.

Jaro is a combination of sexy and love moody song that is  dedicated to her fans to feel and sense the sweetness of love, where as  fire  is a vibe and love put together with a mix of bongo and afro instruments that wil enforce you to jump into dancing steps .