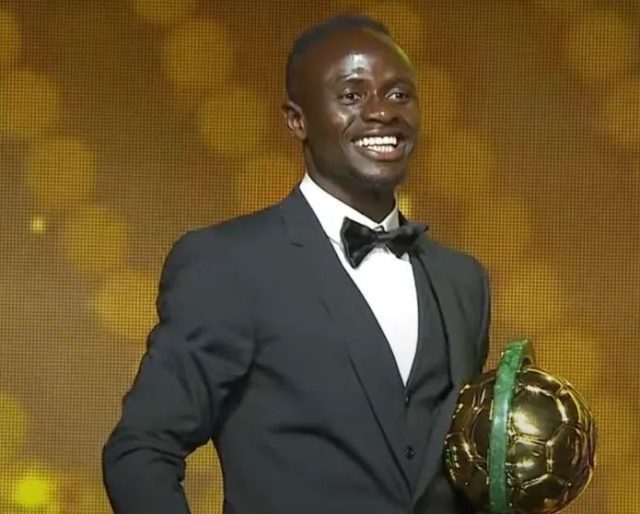 The Confederation of African Football held its awards ceremony in Rabat, Morocco, on Thursday, and the Senegal skipper was declared the 2022 winner.

Less than 24 hours after making his Bayern debut in the United States, Mane was in Morocco to personally accept his prize.

Last season, Salah was the standout player in the English Premier League, taking home the Golden Boot with 23 goals and leading the league in assists with 13.

But Mane, who departed Liverpool in June to join Bayern, defeated Salah twice in international competition.

Since 2014, when Vincent Enyeama finished third in the voting for African Footballer of the Year, the 30-year-old goalkeeper is the first to place in the top three.

Mane is the sixth player to receive the award exactly twice in the history of the award. Salah, Didier Drogba, Roger Milla, Nwankwo Kanu, and El Hadji Diouf round out the group.