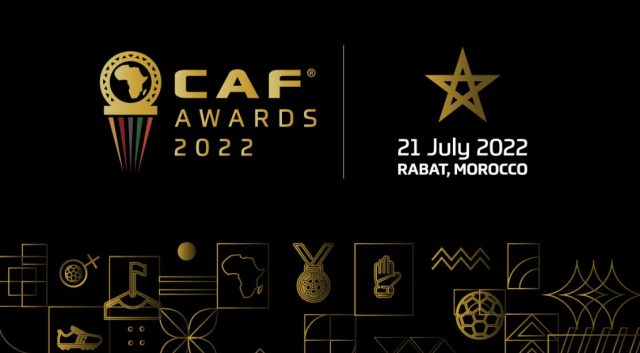 CAF Awards 2022 Live -Who Will Win: Mohamed Salah or Sadio Mane for Player of the Year in Africa? ESPN makes predictions for the CAF Awards.

One of these three will be named the Men’s Player of the Year for the CAF in 2022.

The three players who have advanced to the final round of voting for the CAF Men’s Player of the Year award are all from Senegal: Sadio Mane, Edouard Mendy, and Mohamed Salah, an Egyptian winger.

Ahead of the CAF Awards, which will take place on Thursday in Rabat, Morocco, the Confederation of African Football (CAF) announced the final list of nominees on Wednesday, which was culled from the original selection of 10 players.

Since 2017, Salah and Mane have been the recipients of the accolade, with Salah claiming it in 2017 and 2018 and Mane, the current player of the year, clinching it in 2019, which was the final year that the awards were presented before COVID-19 forced a stop in the process.

Asisat Oshoala of Nigeria, a four-time winner, Ajara Nchout Njoya of Cameroon, and Grace Chanda of Zambia are the three women who have been nominated for the women’s player of the year award.