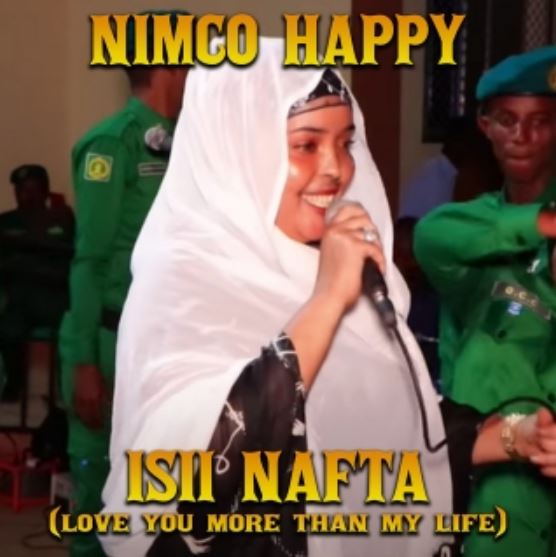 For the past few weeks, a song called “Isii Nafta (Love You More Than My Life)”—an upbeat pop jam by Somali arist Nimco Happy—has been all over the timeline.

Nimco Happy had already cultivated a respectable following back in Somalia and East Africa, but she wasn’t hugely well known here in the West, until footage of her performance started doing the rounds, first on TikTok and then on Twitter and Instagram.

So far the song—which is sung in a mixture of Somali, English, Arabic and Swahili—and the footage have been watched millions of times. It’s even spawned its share of remixes and if you’ve been out clubbing recently, chances are you’ve seen its astonishing effect on the dancefloor.

Concern was raised at one point when the track was uploaded to an anonymous Spotify account. Keen that Nimco Happy get the royalties payments she deserves, the internet quickly rallied and last week, Buzzfeed UK reporter Ikran Dahir took to Twitter to announce that “habryar [auntie] Nimco has secured the bag” thanks to “Somalis across the board”, spearheaded by Polydor A&R Muna Ruumi.