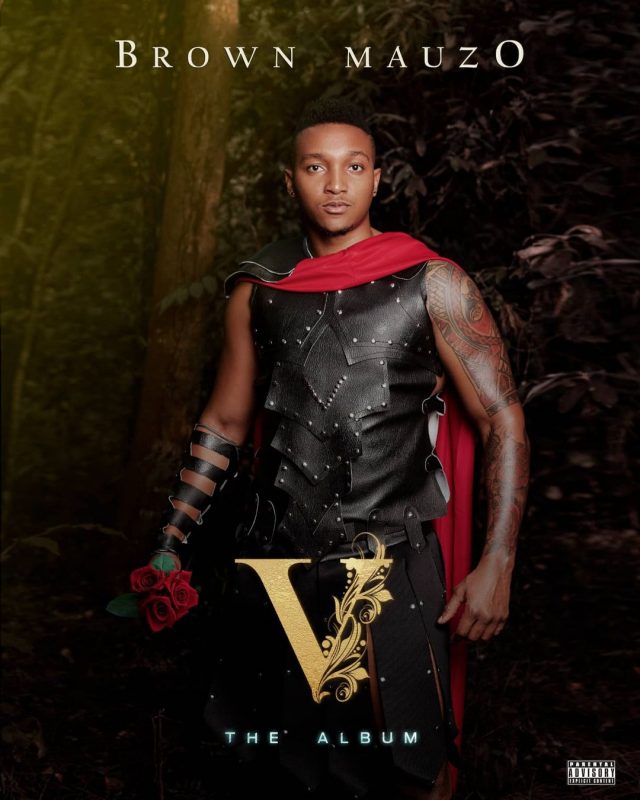 Singer Brown Mauzo is BACK! Inspired by Love, the “Wote Wazuri” star has released an album dubbed “V the Album” dedicated to the love of his life; Vera Sidika. The 12-song album features Ndovu ni Kuu hitmaker Krispah, Kaa La Moto, Baraka the Prince, Masauti, and many more. In the album, Brown gives fans a feel of his undying love for his family. He takes them through his emotions and ensures they get at least an idea of it all. “V the Album” marks Brown Mauzo’s first official album since his debut in the music scene back in 2014. Editors Notes: Born Fredrick Kilonzo, Brown Mauzo is a Swahili Pop singer and songwriter who debuted his music career in 2014 with his first song ‘Natamani’. Throughout his career, the award-winning artist has worked with other stars: Ali Kiba, Richie Mavoko, Timmy Tdat, Naiboi, Jovial and many more.