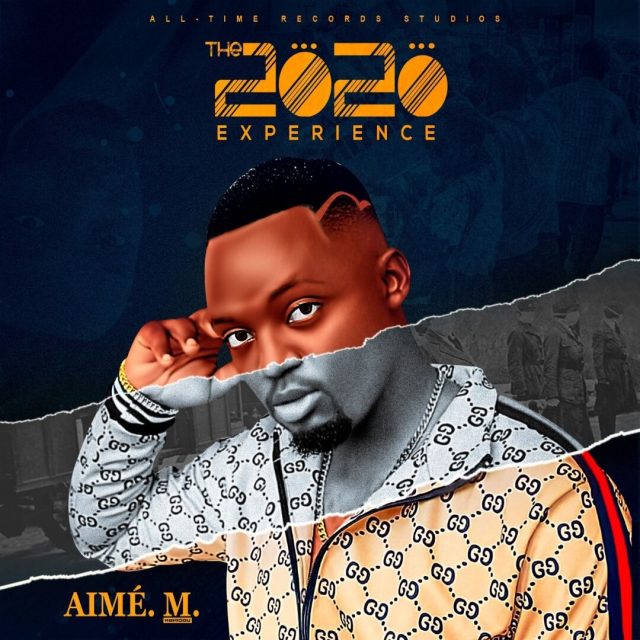 Music in the 21st century has become a new order of the day connecting different people across the globe. Aside the power of music, it wouldn’t have been that easy for artists around the world to interconnect and tap into one another’s fan bases if not for the intervention of social media. Social media has now become a new norm engineering the planet to become a global village. Social media made it possible for Mcbond of mcbondnew.com to catch up with Aimé. M, a solo Burundian Musician who has taken quite a distance in doing music professionally for the past few years. After about an hour of intensive conversation with Aimé. M, he took me through his musical journey from where he started, where his inspirations come from and what he imagines his musical future would look like in the years ahead.

Just as similar to the beginning of many musicians, Aimé. M. started in the church as a member of his church choir and someone who loved to drum. Singing in the church he says was something he loved doing with his siblings and would always trade anything just to make it to church in his early days. After a while of singing in his church choir and serving the church, he and his siblings decided to come together to form a gospel group they called “Gospel Sound System”. But as part of the journey to success, you’d have to fall, rise and fall and rise again to become a better you. So it was quite unfortunate the group didn’t find solid grounds to stand, hence it collapsed and Aimé. M.’s decision to go solo.

EVEN THOUGH I WENT SOLO ALL BY MYSELF, IT DIDN’T STOP ME FROM RECORDING AND DROPPING GOSPEL SONGS. I RECORDED GOSPEL SONGS TO RESONATE THE NAME OF GOD AND TELL HIM I’M AND WILL ALWAYS BE HIS SON.

He said. Notable among his gospel recordings is a song titled “Shimwa” which means “Be Glorified” in kirundi [click to listen]
Aimé. M. made it clear that he is signed to no foreign or indigenous record label but is on his own label which he calls the “ALL-TIME RECORDS STUDIOS”. With about 6 years of doing music professionally, he has come to a realization that he is bound to Afrobeat and Afropop not disputing his ability to do other music genres which makes him a versatile artist in the Tanzanian Music Industry. But most of his songs are hovering around Afrobeat and Afropop. He made this revelation when he was asked “What kinda Music Genre do you do?”

UMMM WELL I AM MORE OF AN AFROBEAT AND AFROPOP LOVER AND ARTIST YEAH, BUT I’VE TRIED AND WILL ALWAYS TRY TO DO OTHER MUSIC GENRES BECAUSE THAT MAKES ME A MUSICIAN BECAUSE I KNOW I CAN . BASICALLY I BELIEVE IN MY VERSATILITY AS AN ARTIST SO THAT’S ME FOR SHORT.

He said in answering the question.

Now delving straight to the number of songs and albums he has to his credit, Aimé. M. gave out an estimate of about 70 to 100 songs and three albums in his portfolio, introducing the third album titled “THE 2020 EXPERIENCE” which drops tomorrow December 20, 2020. Before we talk about the upcoming album, his previous two albums “MY LIFE, MY STORY” being his first album back dates to 2008 followed keenly by his 2010 album “IN SEARCH OF A STAR.

After several years of dropping solo tracks and pulling up some features here and there, 2020 has so much imbibed within its bosom that is worth talking about. “THE 2020 EXPERIENCE” is a 12 track album with a lot of indigenous features from some of the most popular artists in Tanzania. The album, Aimé. M. says is an afrobeat album full of exciting songs made for everyone irrespective of your sex or age difference. As we look forward to the release of the album at midnight tomorrow, Aimé. M reiterates the availability of the album on all music streaming platforms, edging visitors of mcbondnews.com to kindly stream and support his new album to get the maximum attention.

Bringing the long conversation short, Aimé. M was asked a final question if he had any collaborations outside Tanzania?

FOR NOW NO BUT I LOOK FORWARD TO FOCUSING ON GHANA AND SOUTH AFRICA AFTER THE RELEASE OF MY ALBUM THUS PROBABLY IN 2021.