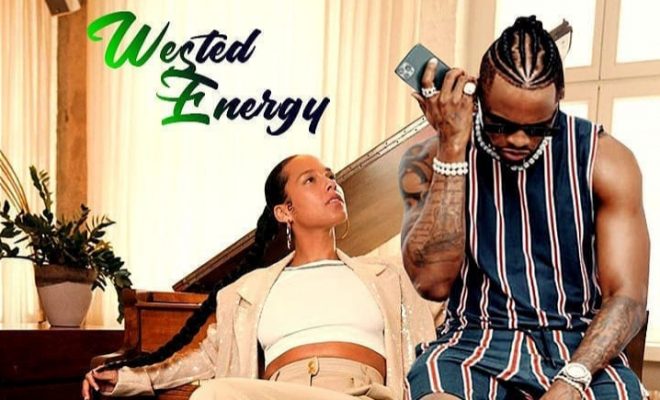 American singer and songwriter Alicia Keys drew backlash after featuring Diamond Platnumz for only a few seconds in ‘Wasted Energy’, a track in her new album Alicia.

Leaping to her defence, her husband American record producer Swizz Beatz asked Diamond to tell his fans that it was his own decision to get a small slot.

“My Brother 4 life. Please let your fans know you did as you pleased on the rec and this is just part 1,” Swizz wrote on Instagram.

In another post, the producer commented that they have another project together. “Let’s do the long version ASAP.”

After the many comments by fans towards Alicia, she tweeted, “Looks like ‘Wasted Energy’ is a fan favourite so far, what else are y’all feeling?”

In his response, Diamond, wrote, “It’s my mum’s favourite tune as well. I’m so delighted to be part of it.”

At the same time, the US Embassy to Tanzania also appreciated the two artistes in a tweet that read, “Great to see American artiste Alicia Keys collaborate with Tanzanian artiste Diamond Platnumz.”

Diamond has previously worked with other American musicians, including Omarion, in the song ‘African Beauty’ off his 2018 album A Boy From Tandale.

He also worked with rapper Rick Ross on the song ‘Waka’.

His notable Kenyan collaborations are with singer Akothee on ‘Sweet Love’ and ‘Gere’ with singer and his baby mama Tanasha Donna.

Diamond has not only made a name for himself in music. He is also a businessman, who owns media house ‘Wasafi Media’ and production company ‘Zoom Extra’.