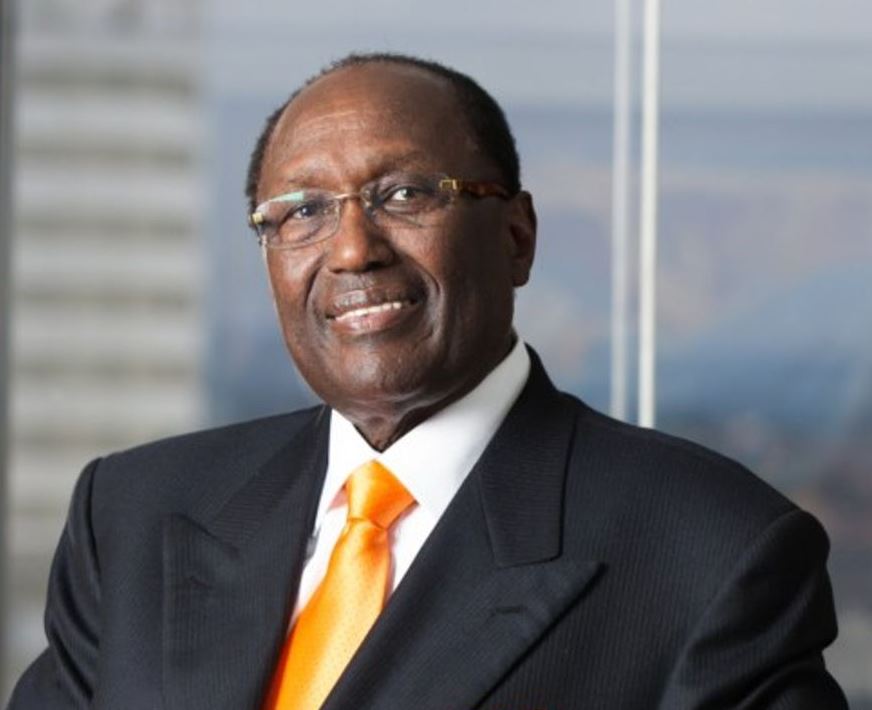 Wealthy Kenyan businessman and industrialist Chris Kirubi has gone public about his family life and his views on the institution of marriage.

Speaking on Churchill Show on Sunday, Kirubi – who never remarried after divorcing his wife in 1991 – also spoke about his two children.

His daughter, Mary-Anne Musangi, is the Managing Director of Kirubu’s Haco Industries while his son, Robert Kirubi, works in Belgium as the head of Global Customer Programs at DHL Service Logistics.

“My daughter is here in Kenya and is the MD of my factory, Haco Industries. My son is in Brussels; he works for DHL. I think they pay him so much money he refused to work for me but it’s good he has also accumulated a lot of experience,” Kirubi said.

The 79-year-old businessman also dished out some unconventional advice on marriage.

“Marriage is enslavement you have to be careful; you have to agree into going to slavery and to go to jail. But not to go in to taste and to go out, it is a permanent affair you are jailed for life,” said the tycoon.

“If you marry a good woman, it is such a pleasure. But there are some women, who are like they first went to the army before you married them because they are full of fighting mood. It is by luck you get such a nice wife, God has to bless you. But if you are not Jesus! You will regret and you are already in jail.”

While acknowledging that there are some good Kenyan women, Kirubi noted that Ugandan women are the best as they treat their husbands with respect.

“The Kenya women have their own qualities. If you want to get rich marry a good Kenyan woman, if she is not noise-making, she will make you money. It’s an inheritance we have, each area they have their own characteristic.

“The Ugandan woman will come to untie my shoes when I come back, asking me of my day at work. They are very polite; you never fight with them. If you have never experienced, you better go to Uganda and go with one-way ticket, because you might never come back.”

Kirubi, who has invested heavily in various sectors, including in the media, real estate, agriculture and manufacturing, is among the richest individuals in the country.

This was Kirubi’s first interview since he returned to the country in August 2019 from the US, where he underwent cancer treatment for months.

During the show he also opened up on his recent battle with cancer saying his doctor will confirm if he is cured.

“But going by the tests they run on me I am doing very well,” he said.

He said his biggest lesson while battling colon cancer in hospital was on his unfinished business.

“The biggest lesson was how many things I had not completed before I die. Because I did not believe I would recover. I was blaming myself for not attending to all the issues,” he said.

“When I achieve something, I forget about it. I don’t live in the past, I live in the future. Until my doctor says I’m properly healed I do not proclaim I’m doing very well. You can have all the doctors, all the quality medicines, but if your God is not with you it means nothing. I believe seriously in God; his power is real,” he said.

“When the opportunity came, I did not think twice. While others were bargaining, I went in and paid the full amount they wanted. I changed the music immediately but old ladies in Karen asked ‘why did you come to spoil our station? We know you are rich but how do you change our station?’ Simply, the music they liked was not going with the youth, for me I was looking for the population which was the youth,” added the father of two.

Kirubi said he wants to be remembered as a hardworking Kenyan.