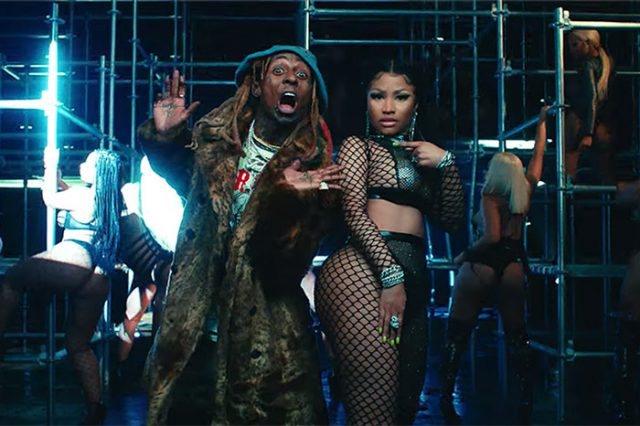 Nicki Minaj pulls up with Lil Wayne and some baddies in the twerk-filled video for “Good Form.”

In the Colin Tilley-directed clip, the rap queen rides in a “new new” Mercedes-Maybach with Lauren London, who played New New in ATL. Barbie is also joined by several bad chicks including Evelyn Lozada, Brooke Bailey, and the Clermont Twins, Shannon and Shannade Clermont. The rap vixen flaunts her voluptuous assets and switches up her look, from black fishnets to lacy red lingerie. A pink-haired Nicki also makes a splash while twerking in a pool of milk…with a cookie on the side.

“I tell him eat the cookie ’cause it’s good for him,” she raps