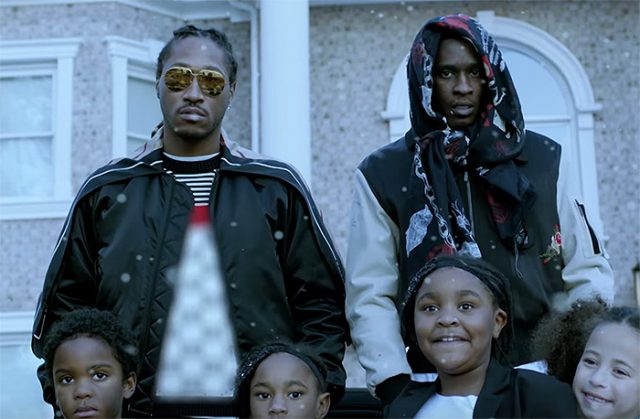 Directed by Gabriel “Video God” Hart, the visual opens and closes with aerial shots of a snowy forest. In between the scenic views, the dynamic duo takes over a futuristic group home castle.

Hart peppered the visual with horror. Dead bodies hang from the ceiling of an empty warehouse and birds feast on an animal corpse. Later, kids get possessed with neon-colored eyes and shoot electricity from their helmets, while Thug holds a woman with a magnetic lasso.

Future and Thug released Super Slimey in October. Last week, Hndrxx appeared on DJ Esco’s Kolorblind. Meanwhile, Thugger has promised not to release any new music this year as a tribute to his brother, who is deaf.