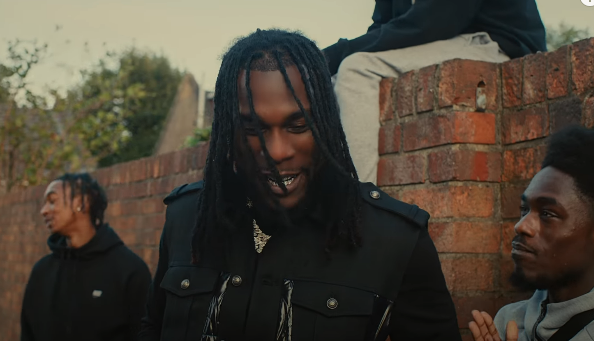 Burna Boy returns with a new music video for his track “Real Life,” a stand-out from his latest full-length album Twice As Tall featuring Stormzy.

“Real Life” appeared as the third track on the album and features production from Telz and additional vocals by Diddy. The emotional video was directed by Meji Aladi and focuses on a community balancing surviving poverty, avoiding law enforcement, and finding joy in any sliver of hope. The video also features a moving poem performed by George The Poet.

“This video represents the struggle of disadvantaged Black youth in the UK. The blurred lines between the road life and real life. The fragility between life and death; and how knife crime/murder often reported like a mere statistic in the media, has longstanding effects on a community,” the video’s YouTube description reads.

Burna also released his new comic book, The Secret Flame. According to a press release the plot “follows Burna Boy through a spiritual journey of discovering oneself while highlighting the very moments that brought him to where he’s standing tall today.”