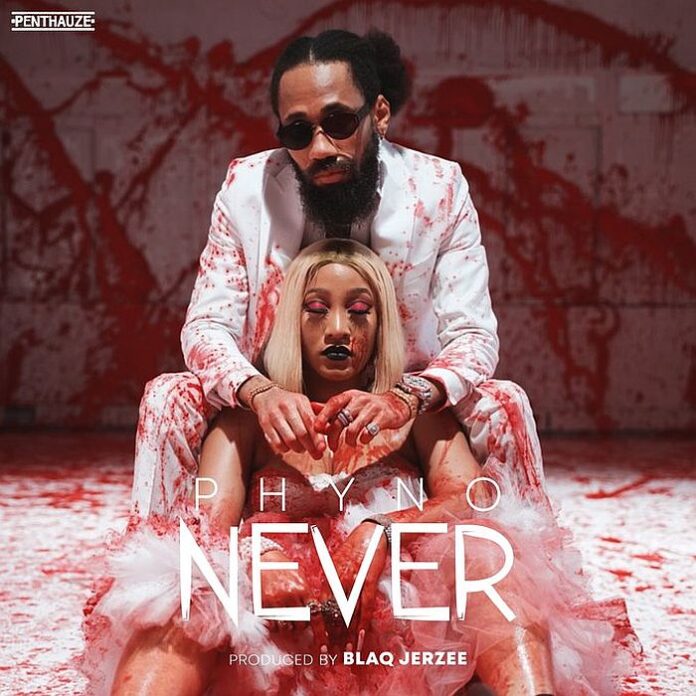 Finally the long while for a new music is over as Phyno serves us his 2020 debut single which he titles – “Never”… LISTEN!

Chibuzor Nelson Azubuike popularly known as Phyno, is a Nigerian rapper, singer, songwriter and record producer who raps in Igbo because he respects his culture and loves being himself. Although he primarily raps in Igbo but also incorporates English Language and a bit of the Nigerian Pidgin English into his music. Phyno believes the elements of music makes it borderless

Before this new release so far this year PhynoFino has blessed our screens/TV with four (4) music video for the tracks; ‘Get The Info‘ featuring Falz & Phenom, ‘God’s Willing‘ featuring Runtown, ‘Oso Ga Eme‘, ‘Speak Life (On God)‘ off his 2019 album ‘DEAL WITH IT‘. Phyno released his 3rd Studio Album on the 4th of September, 2019 under his label Penthauze. The album has notable collaborations from the usual suspect Olamide to Davido and Don Jazzy. A perfect blend of his traditional Hip-Hop background and his new sounds to cater to his vast growing fan base.

A year after this body of work Phyno is here with a new music titled “Never“.