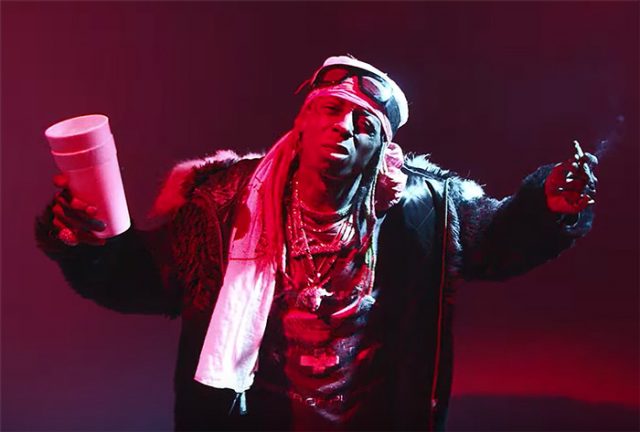 Wayne time. After sparking a viral sensation with the #UproarChallenge, Lil Wayne delivers the official video for his Carter V smash.

Shot throughout New York, the dance-heavy clip co-stars the song’s producer Swizz Beatz, as well as social media comedians Atown, Fatboy SSE, and “In My Feelings” star Shiggy. They are joined by dozens of dancers, who show off their best #UproarChallenge moves including the Harlem Shake in a studio and at Harlem’s Rucker Park.

“Uproar,” which contains the same sample as G. Dep’s 2001 hit “Special Delivery,” is a standout off Tha Carter V, which debuted at No. 1 on the Billboard 200 with the second-biggest streaming week ever for an album.