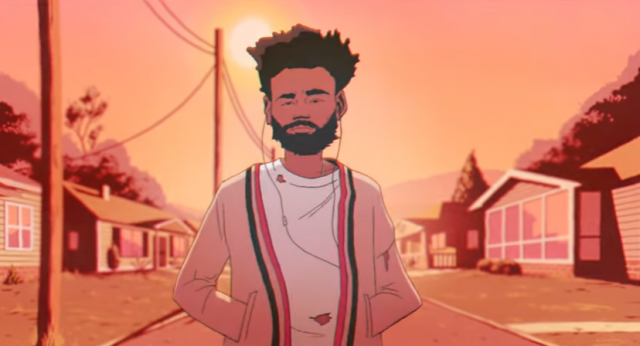 Childish Gambino’s Donald Glover has shared a new animated video for his track “Feels Like Summer.”

The project was co-directed by Glover, Ivan Dixon, and Greg Sharp. According to Atlanta music supervisor Fam Rothstein, it was illustrated by Justin Richburg.

A cartoon Glover is seen walking through a cartoon neighbourhood filled with fellow rappers and musicians: Trippie Redd and Lil Pump are shooed away from 21 Savage’s car.

A$AP Rocky and Solange play tug of war with the Weekn, Drake chases after Pusha T riding a bike, and Kanye appears crying in a MAGA hat as Michelle Obama hugs him.