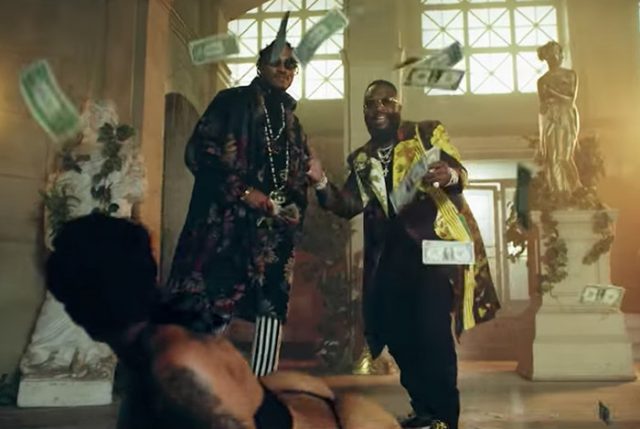 Rick Ross rises from the dead in the Future-assisted video for “ Green Gucci Suit ,” which premiered following the BET Awards.

In the Ryan Snyder-directed clip, Rozay is rushed to the hospital before being pronounced dead by two female nurses. As gold chains are placed on his dead body, he miraculously wakes up and gets right back to business. Renzel celebrates his lavish lifestyle alongside a dapper Future as cash flies through the air and half-naked ladies twerk.

The inspiration for the song came from a conversation Ross had with couturier Dapper Dan. “I was like, as a youngster when I saw Eric B. & Rakim with the Gucci jackets and LL Cool J, the Fat Boys, I felt like once you made it to that level, you were solidified,” he said. “So we just giving love back to the golden years.”

Rozay is now readying his new album Port of Miami 2: Born to Kill for release later this year.