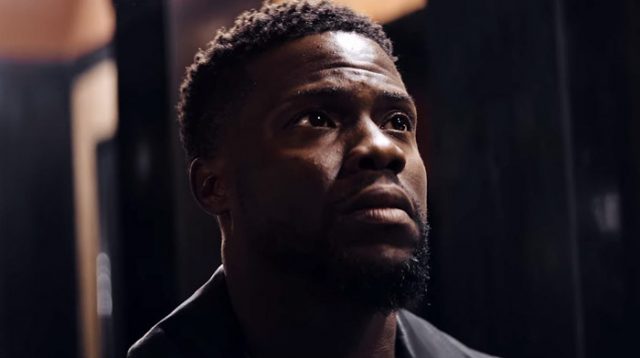 Just days after breaking records with his newest album, KOD, the Fayetteville rapper drops the video for his infidelity exploration starring the actor it was named after.

The clip, directed by Cole and Scott Lazer, not-so-subtly references Hart’s own issues with infidelity. He confessed to cheating on his wife while she was pregnant with their youngest child in an effort to thwart an alleged extortion plot last year.

Hart shows the impact of his decision making throughout the video. Trips to the grocery store, restaurant, and the baby store end in awkward moments of disdain or temptation from others. In the midst of frustration, he encounters wisdom from a stranger.

“Nobody’s perfect and you’re only human,” he tells Hart. “Learn from it, man. Just learn from it.” The sky also has a message for Kevin when he gets home, as clouds form to read a message that echoes throughout KOD: “Choose wisely.”

The duo of Cole and Lazer also teamed up in last week’s video for “ATM,” also off KOD. The album shattered Spotify and Apple Music records and is expected to top the Billboard 200.