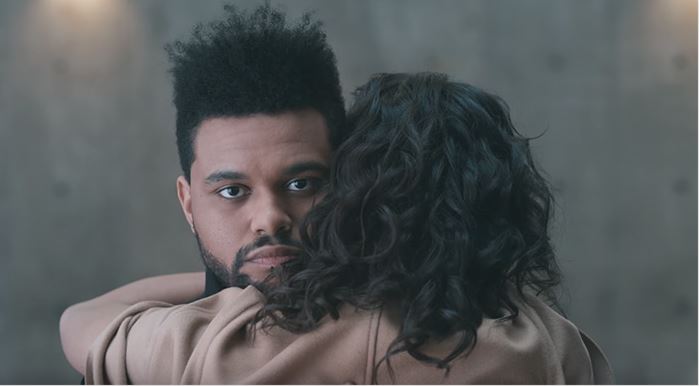 The Weeknd unveils his “Secrets.”

Fresh off the first leg of his “Starboy: Legend of the Fall Tour,” Abel Tesfaye stars in the mind-bending and dazzling visual for his newest Starboy single.

Secrecy is all over the mysterious Pedro Martin Calero-directed visual. It starts with a beautiful woman running through an architectural marvel before floating in the air and lying on a futuristic bed as several men look on.

Whether singing in a room filled with mirrors, walking through the Inception-inspired building, or stomping through snow, The Weeknd appears to know all about her secrets. Meanwhile, she’s lost in romance with another man.

“Secrets” is a modern take on The Romantics’ “Talking in Your Sleep” from 1983’s In Heat. It follows previous Starboy singles including the title track, “Party Monster,” “Reminder,” “I Feel It Coming,” and “False Alarm.”

This isn’t the first visual for “Secrets.” The song was also part of Abel’s Mania short film, which debuted in November of 2016. Directed by Grant Singer, the 12-minute clip also featured “All I Know,” “Party Monster,” “I Feel It Coming,” and “Sidewalks.”